Sleep apnea or “Obstructive Sleep Apnea (OSA)” is a serious sleep disorder that happens when someone’s breathing is interrupted during their sleep.  This can happen periodically, or if untreated, could happen sometimes hundreds of times during the night.  There are actually two different types of sleep apnea, Central and Obstructive. Out of the two, obstructive is the most common for people.  Obstructive sleep apnea happens repetitively, as partial airways in the nasal cavity are blocked during sleep.  And in case of central sleep apnea, the brain fails to signal the muscles in the body that the breathing has stopped, therefore it is more related to the central nervous system.

How Do You Know If You Suffer From OSA?

Some Symptoms may include:

The cause of sleep apnea is basically due to the blockage of the airway, resulting in soft tissue in the back of the throat collapses during sleep time.   When it comes to the question of who gets sleep apnea, current reports say nearly 10% of women and about 25% of men are affected. The condition could affect people of all ages, even children and babies.  People over 40 who are overweight, have a more significant percentage chance of developing the condition.   These people with excess weight, who have structural enlargements, such as in the neck, can experience an upper airway problem.

Without treatment, OSA can result in:

Common sleep apnea includes many different symptoms. Some from very light, some severe.  Some people experience night sweats, fatigue throughout the day, restlessness during the actual sleep, and snoring.  Others may experience dry mouth, sore throat, and it may affect them later in the day with concentration, irritability, or forgetfulness.  In some cases, sleep apnea may result in sexual dysfunction and headaches.

There are several different types of treatment for sleep apnea. For some, standard therapy may only be what is needed. For people that have weight problems, the issue of sleep apnea may go away with simply losing weight.  Also, recognizing certain things that may increase the risk of sleep apnea should be avoided, as well. For example, people with a minor case, a in change pillows or different sleep positions can help. Other people with sinus problems or other types of nasal issues could use nasal sprays or breathing strips to help them breathe more comfortably during sleep.  For more extreme cases, there may be surgeries, such as specific sleep apnea rhinoplasty.

Specific treatments include PAP (positive airway pressure) therapy which helps the flow of air through a mask, which can alleviate the symptoms.  This treatment, however, may lead to mask leaks, red marks, or difficulty fitting the mask properly.  These and other issues with PAP can be eased with nasal saline spray, drinking water, humidifiers, or chin straps.

Other ways to alleviate OSA  symptoms include:

When living with OSA, it’s important to be involved in your treatment plan.  Talk to your doctor about any side effects.  Seek support from loved ones and consider life changes that can lead to more healthy lifestyle. 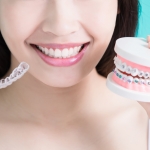