Flossing is an important part of your daily oral hygiene routine, and yet many people skip it altogether, sometimes on accident, but more often than not, it’s purposeful. Why? Maybe it’s because it’s a tedious activity, or maybe the motion of moving the string around your teeth is bothersome and difficult to do. However, there is an alternative which might make this task easier and more enjoyable. An electric flosser.

Currently, two electric flossers are available for consumers to buy: air flossers and water flossers. Water flossers work by producing a stream of water to clean between the teeth and around the gumline, while air flossers use small bursts of air combined with water droplets to achieve the same task.

How does this work? Well, both air flossers and water flossers use a small motor that sends the water up from the attached reservoir to the tip of the flosser. This motor can either be battery operated or require the use of am outlet. The latter has a separate water tank that is not built-in, unlike the battery-operated ones, making it less portable than the former.

But are these electric flossers just as effective as their traditional counterparts? According to the American Dental Association, they may be even more effective, particularly those who use the water flossers. In fact, compared to those who use string floss, water flosser users had considerably less plaque in their mouth and less gum bleeding than those who opted to use the string floss.

If you’re wanting to make the switch, but unsure which one to choose, contact your family dentist to ask any questions you may have in relation to electric flossers.

How Often Should I Change My Toothbrush? 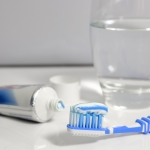 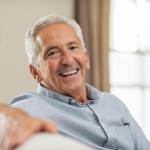 Do My Dental Needs Change Now That I’m a Senior?
Scroll to top