Teeth grinding, also medically known as bruxism, is a condition where you unknowingly grind or clench your teeth. This can happen during the day, but it is also common for it to happen at night as well. Those who have it happen more frequently at night are often sufferers of other sleep disorders such as sleep apnea or snoring.

Bruxism is not a serious condition, especially those with mild cases, and often doesn’t need treatment. Patients should seek treatment for bruxism when it causes them to have headaches, or if they develop a jaw disorder or damage their teeth.

For night sufferers of bruxism, it may not be obvious that you have bruxism. That is why it is important to recognize the signs and symptoms of bruxism so you can be aware and seek treatment if necessary.

Signs and symptoms of bruxism may include:

It’s not fully understood what causes bruxism, but there are a few theories surrounding both awake bruxism and sleep bruxism.

Individuals that match the criteria down below are more likely to suffer from bruxism, and therefore should be extra careful and aware of the warning signs.

If you develop any serious conditions related to bruxism or wish to repair teeth damaged by bruxism, schedule a complimentary consultation with us.

Caring For Your Dentures 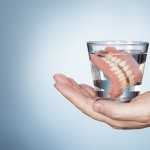 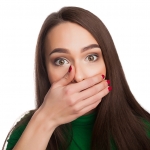 What do I do if I Chip my Tooth?
Scroll to top