The two most important organs of the face are the upper and lower jaws, which in the absence of fit between the two, such as the back or front of the jaw, excessive overlap, asymmetry, etc., a phenomenon called jaw and facial abnormalities occurs. Oral and maxillofacial abnormalities are caused by a variety of causes, such as genetics, or from the time a baby is born with symptoms, environmental factors, and damage to the jaw area due to an accident or injury to the jaw growth center in children when they fall from a swing or fall.

Genetic malformations are not preventable, but abnormalities related to environmental factors can be identified and the complication can be prevented by timely removal of the causative agent. In people with jaw and facial abnormalities, the function of this area is impaired, which includes chewing, speaking, breathing, as well as the aesthetic aspect of the person, and it is necessary to treat and correct as soon as possible.

Impairment of fetal development, consumption of certain drugs in pregnant mothers and exposure to certain chemical compounds are among the causes of maxillofacial abnormalities in children and cause disorders in the development of the dental-maxillary system. Smoking or drinking alcohol during pregnancy increases the risk of these problems.

Genetic disorders: In the early stages of fetal development, the occurrence of specific genetic mutations will cause a variety of syndromes.

Trauma to the mandible in childhood: The area of ​​the mandible that joins the skull is very vulnerable, and a small blow to it causes a fracture of this area, which is often asymptomatic. Falling a child while cycling, the fading of a tooth in some children causes the asymptomatic development of the mandible and the deviation of the jaw or the smallness of the mandible compared to the maxilla, which can be prevented by timely diagnosis.

The growth of the mandible on one side over the other occurs for obscure reasons and causes a deviation in the jaw that occurs between the ages of 15 and 25.

Shapes in the size of the teeth

Extra teeth: The most common extra tooth is a front tooth in the midline of the maxilla between the first two front teeth.

Early loss of baby teeth: One of the functions of deciduous teeth is to maintain the space in the jaw until a suitable time for the eruption of permanent teeth. Falling out of a baby tooth prematurely will cause adjacent teeth to move into the empty space and the underlying permanent tooth will remain hidden or will grow out of order.

Habits: Finger sucking in older children and prolonged pacifier sucking by the baby have devastating effects on the dental system. 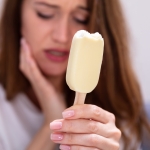 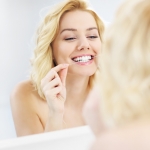