Some people’s teeth suddenly break vertically. Why does this sometimes happen?

It is good to know that the pressures from chewing food are applied to the teeth in a balanced and appropriate way, and the teeth also transfer this pressure to the upper and lower jaws, but if a person loses several teeth for any reason, the force that When chewing enters the rest of the teeth by the masticatory muscles, it will be more than normal and each tooth’s share of the chewing pressure will be higher than normal. In such cases, vertical breakage of the tooth, which usually extends to the root, is expected. This condition is more common in teeth that have been denervated due to extensive caries or have large fillings. The pressure on the tooth may also be too high and cause it to crack, which over time can become a large fracture.

Fractures of denervated teeth are associated with symptoms such as dental abscesses, meaning that bacteria invade the tissues around the root of the tooth from the fracture site and can cause inflammation and infection of the gums.

In most cases, the cracks on the crown of the tooth can be repaired well, but in most cases, if the crack has occurred in the root of the tooth, it is not curable. Especially if a vertical root fracture has occurred, its treatment will not be successful in the long run. But does the occurrence depend on the sex of the tooth, the dental procedures performed on the tooth, such as fillings and denervation?

Vertical root canal fracture is an unfortunate occurrence in the treatment of the root canal (tooth denervation), which often results in tooth extraction. Its clinical signs and symptoms are often similar to those of failed root canal treatments.
What are the symptoms of this type of fracture?

The vertical fracture of the root begins at the crown of the tooth and the surface of the gum and extends to the root of the tooth, eventually causing the tooth to split in two. However, the symptoms of a vertical root fracture are different in teeth with nerves and teeth that do not have nerves due to severe inflammation or infection or denervation. In living teeth (healthy teeth without denervation), while the tooth will be sensitive to the stimuli of cold and heat, the sensitivity to pain is also felt while chewing.

What are the side effects of neglecting treatment?

Neglecting the treatment of any disease has consequences for the person. In the field of dentistry, delays in diagnosis and treatment are associated with medical problems or other complications for the person, including vertical tooth fractures. Because these teeth are often not maintainable, they cannot be repaired, and the only treatment is to extract and replace them with implants or dentures.

Is it possible for a vertical tooth fracture to occur asymptomatically?

People need to know the symptoms of this type of fracture and not ignore it. The onset of this problem in denervated teeth is accompanied by symptoms such as dental abscess, meaning that bacteria invade the tissues around the root of the tooth from the fracture site and can cause inflammation, gum infection and cavities.

In such cases, the dentist will first perform clinical examinations, then with further examinations through radiography will seek to discover the cause of the patient’s discomfort. Of course, diagnosing this type of fracture is not easy for the dentist. The dentist can use newer diagnostic tools in cases where this type of fracture is not visible in the photograph due to the two-dimensional nature of the radiograph. Undoubtedly, by early detection of a tooth crack, the dentist can prevent it from turning into a fracture and cause more pain and discomfort.

The Pros and Cons of Veneers 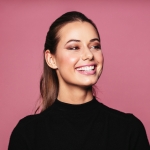 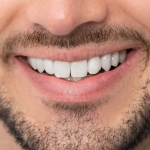 Spaces Between Teeth
Scroll to top