Gingival hyperplasia may be painful and affect oral health. One of the characteristic features of this disease is bleeding gums and their redness. In other words, this disease means the growth and enlargement of the gum tissue in a light red or light velvet color that bleeds easily. Other symptoms associated with this disease include:

Swelling of the gum

Accumulation of plaque on the teeth

In severe cases of gum disease, the gums completely cover the teeth, this disorder has a negative effect on the orderliness of the teeth in addition to the health of the teeth. Covering the teeth with gum makes them difficult to clean and thus increases the risk of gum disease. Gum hyperplasia at a young age may have a negative effect on the growth of teeth and the eruption of primary teeth.

An increase in the local volume of the gums can be a benign or malignant lesion.

Gingival overgrowth can be caused by different mechanisms, but they look very similar.

This increase in volume is usually found in the front part of the teeth and in some cases it can also be on the side of the tongue.

There are various reasons for this disease, but lack of oral and dental hygiene and the use of some drugs are the most common causes of gum hyperplasia. If gingival hyperplasia is not treated, it may cause the teeth to become disorganized, and in this situation, the possibility of gum disease also increases. Gingival hyperplasia is usually treated by improving oral and dental hygiene, but in severe cases, the patient may need surgery.

The main cause of gingival hyperplasia is inflammation in most cases. Inflammation can be caused by poor oral hygiene or dental treatments such as orthodontic brackets.

Gingivitis can cause hyperplasia of the gums. Gingivitis often occurs due to the accumulation of plaque on the teeth. Dental plaques are formed as a result of poor oral hygiene. Inflammation makes the gums red and sensitive and causes bleeding. Flossing and brushing can reduce gum inflammation.

Gum hyperplasia may be a side effect of some drugs. The most common drugs that cause hyperplasia of the gums include the following:

Gingivitis may be the main cause of gingival hyperplasia. Therefore, it is important to inform your dentist if you are taking any of these medications. 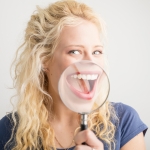 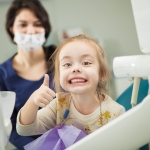