The most effective factor in proportionate and coordinated anterior teeth is the size, shape, and position of the maxillary central. Proper proportion is the key to achieving the desired dental set and should be matched to the patient’s facial features, whether weak or strong. The maxillary centers, in order to be as beautiful as possible, must be in proportion to the shape of the face and in harmony with the dental arch. The dentist should make natural differences in shape and position and ensure that the centers are in harmony with the overall shape of the face and profile. The patient should be viewed as a whole when trying to achieve fitness. In order to achieve a perfect fit, the whole set of anterior teeth should be considered as a panel, which is framed by different parts of the face. It is only through the conscious use of rules that a pleasant relative relationship is achieved. Beauty is associated with innumerable values ​​when it comes to the harmony between the two parts.

In cosmetic dentistry, the term golden ratio is a mathematical theory about the ratio between teeth and is considered as the only mathematical tool to determine the dimensions and ratio in the order of placement of maxillary teeth from the frontal view. In fact, Lombardi was the first to apply this equation to dentistry, and Levin introduced the principles of visual perception and their use in cosmetic dentistry. It was found that modal ratios were more beneficial than others and beauty was evaluated with these ratios. These ratios can be accepted and used to some extent as the basis of dental cosmetic treatment. According to this law, the visible width of each anterior tooth is about 60% of the size of the adjacent anterior tooth, and in this case, they are considered beautiful. As a result, if the lateral width is 1, the central should be 1.618 times wider and the canine 0.618 times narrower.

A well-proportioned relationship between the teeth alone is not enough to achieve successful results, but there must be a fit between the size of the teeth and the face. In general, when we look at natural anterior teeth, there is a noticeable difference between the sizes of the lateral and central teeth. This difference is caused by specific positions and the distinction of their mesiodistal width from the facial view. Due to the rotation of the laterals in the dental arch towards the distal, these teeth are less visible. While the most dominant anterior teeth are seen in the dental arch, ie maxillary centrals in their full size. These ratios are based not on the actual size of the teeth but on their size as seen from the anterior view.

The Impact of Visual Impairment and Perspective Effects When viewing an object from a particular point of view, it may cause us to misinterpret that object. As the distance to the observed object increases, the size of the object appears to decrease and its appearance differs from reality. Hence it can be said that a shape is never seen as it is.

Although it may seem logical, this rule is difficult to implement because patients in the real world, just like different lips and different proportions of the face, have different shapes of the jaw. Lombardi stated that strict adherence to the golden ratio due to the different shape of the dental arches can be very restrictive for the dentist. In addition, he recommended the use of continuous and not necessarily limited ratios of 62%. The width-to-lateral aspect ratio should be used as seen by the viewer from the distal part.

Recently, the ratio of repeatable teeth has been raised. This theory states that the width of the teeth from the frontal view should remain constant as they move toward the distal. And instead of being constrained by the 62% ratio, the dentist should use a ratio of his choice, as long as it remains constant as he progresses to the distal. Using a repeatable tooth ratio brings more flexibility and It has been supported by recent research on the evaluation of beautiful smiles. It has been found that most proportions are supported by beautiful smiles. It has been found that most ratios in beautiful smiles do not exactly follow the golden ratio formula. In this special study, the ratios showed significant differences between men and women. And canines were wider in women than men. These findings make it clear that strict adherence to rules and regulations may not only limit creativity but can also lead to failure, given the observer’s individual and cultural environment. It is better to say that the golden ratio is rarely present in natural teeth and strict adherence to it to achieve the ideal smile can be detrimental and limit creativity. A combination of knowledge and emotion is needed to formulate and apply these rules and regulations in reality.

As mentioned, another disadvantage of the golden ratio is that it only refers to width, while everyone agrees that width alone does not make much sense. Its interpretation and reception is directly related to the ratio of length to width and the objects around them. Hence, the length-to-width ratio of the tooth alone explains the apparent width and natural continuity of these ratios. The natural smile should be in harmony with the face and display the various features of the face. 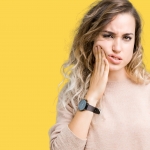 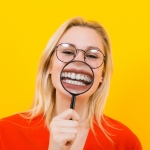 How to Fix Large Teeth
Scroll to top