Teething often does not require any treatment or intervention. But sometimes the child’s restlessness and crying cause parents to worry. The first sign of tooth extraction is the gradual redness of the gums where it grows. The child usually becomes impatient, restless and irritable. He takes his hand and everything else he can get his hands on. Saliva in his mouth increases. He has little appetite and does not eat well, he cries a lot, becomes restless and sleepless. Sometimes a brief fever. (Symptoms such as diarrhea are not considered a sign of teething because there is no scientific evidence linking the two.) Massage the gums with a clean finger to soothe the baby.

Gently massaging the gums with a cold metal, such as the back of a teaspoon, can be more helpful in reducing her discomfort. You can wrap a small piece of ice in a clean cloth and rub it on the swollen gums. This must be done carefully and cautiously. Sometimes a child feels comfortable biting a piece of bread or hard objects. There are also special rubber rings that can be placed in the refrigerator to give the baby to bite.

Stages of children’s teeth growth
Be careful that these objects do not suffocate the child. If the discomfort persists, the dentist can prescribe medication to soothe the child and when the tooth appears in the mouth. All the discomfort of the child will be removed.

The child erupts 4 teeth approximately once every 6 months and by the end of the age of three, 20 deciduous teeth are completed, of which 10 are in the maxilla and 10 in the mandible. Some parents are concerned about the distance between their child’s baby teeth and ask, “Is the distance between baby teeth usually normal and should not be a concern, which is mainly seen between the anterior deciduous teeth of the upper and lower jaw.”

Do not forget that your children’s baby teeth are valuable because children need the strength and health of their baby teeth to chew, talk and also look good. Baby teeth are very important in chewing and feeding a child who is growing up and eating them may cause malnutrition in the child. On the other hand, not having baby front teeth can interfere with the baby’s speech. Because the pronunciation of many letters is formed by the contact of the tongue with these anterior teeth. In addition, children’s baby teeth maintain the necessary space for permanent teeth to grow.

Premature tooth loss
If your baby loses his baby tooth prematurely, take him to the dentist to place a device called a “space holder” in the space of his baby tooth. This device does not allow adjacent teeth to move into this space and space is maintained for the growth of permanent teeth under the gums. Otherwise, the adjacent deciduous teeth will bend toward the dental space, preventing permanent teeth from erupting, and the child’s teeth will become irregular.

Space Maintainer (SM) is made of both fixed and movable. Explain to your child at age 5 that it is normal for a child’s teeth to fall out. This prevents the child from worrying when his teeth start to fall out.

Most parents think that the first Asian tooth that grows behind the second baby tooth is because it has not replaced the baby tooth. While this thinking is not correct and this tooth that grows behind the deciduous teeth at the age of 6 to 7 years is permanent, and because at this age the child does not pay much attention to oral hygiene, so the highest rate of caries among the teeth Permanent joints are related to this tooth. Therefore, note that the tooth that goes behind the last baby tooth at the age of 6 to 7 is permanent and show more obsession with staying healthy. 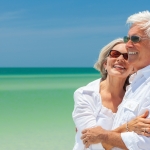 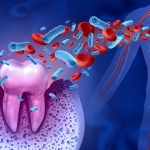