Not all pain in the jaw and face is related to the teeth. Sometimes the source of these pains is another factor; For example, pain from trigeminal neuralgia, shingles, migraine, and sinusitis are sometimes confused with toothache. Another important cause of toothache is myocardial infarction, which manifests itself as toothache and lower left jaw pain. For this reason, dentists recommend that you see your doctor every 6 months or up to a year to check your oral health. In addition to keeping your teeth healthy, this reduces the chance that the symptoms of these diseases will be confused with toothache.

Sometimes viral illnesses such as shingles present as toothache. Shingles is an acute infectious disease caused by the reactivation of the chickenpox virus. Chickenpox virus remains inactive in the body after the disease has passed and is reactivated due to factors such as stress, aging and weakening of the immune system. The sensation of pain and burning in one area of ​​the body is one of the first symptoms of this disease and is caused by the invasion of the virus into the spinal nervous system. Symptoms of the disease can sometimes be seen in the face and neck due to the influx of chickenpox virus into the sensory nerve of the mandibular and maxillary teeth and some areas of the face. Although the virus can affect all the nerves in the body; But the nerve that is most affected is the more femoral nerve. The activity of the virus causes pain in the areas of the femoral nerve (triplets); Therefore, the sufferer thinks that he has a toothache and goes to the dentist. Shingles usually causes red lesions and blisters on the skin that the dentist can notice by looking at these symptoms, but sometimes even though the patient has shingles, the symptoms are not obvious and in these cases it is difficult to diagnose.

For this reason, dentists consider other cases in cases where they do not diagnose a specific cause for toothache, and by using radiography or a complete examination of the teeth, they can be sure of the pain that the patient complains of, for example due to dental problems such as Caries and periodontal disease or not.

Shingles pain is usually accompanied by symptoms of intraoral ulcer and occurs unilaterally and continuously, and with the treatment and improvement of shingles, the pain also disappears.

Sinusitis affects the roots of the maxillary teeth, and because of the proximity of the two organs, the pain of sinusitis is sometimes confused with toothache.

The doctor can easily diagnose toothache with sinusitis by clinical examination, questioning of the patient, as well as radiography. If the pain is sinusoidal, the person will feel pain when they press their finger on the face, under the eyes, and on either side of the nose. Pain is usually felt in the face when bending, for example in bowing. Other symptoms of sinusitis include fever, headache, and discharge from the back of the throat. X-rays can also show that toothache is caused by symptoms of sinusitis or dental problems.

Sinusitis headaches or runny nose and hoarseness, all of which are symptoms of sinusitis, are very troublesome and annoying. Here we have tried to introduce some useful and simple ways to treat sinusitis to people with it.

Nasal lavage: After irritating the nose, sneezing and runny nose, it is time to rinse the nose, which is also of special importance. Pull up; That is, take one of the nostrils by the hand and pull up the solution you have prepared. This solution enters the throat as it rises with the infection, and you can remove it. Drink 6 to 8 glasses of water every day. Remember not to drink water between and immediately after a meal.

Reduce salt intake in meals: Eating unsalted foods as much as possible can speed up recovery; Because too much salt causes water to accumulate in the tissues and excrete calcium.

Minimize red meat consumption: Eat more steamed foods with vegetables and legumes. Grill some ostrich or turkey meat and even serve it as breakfast. 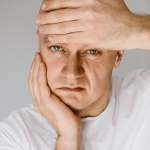 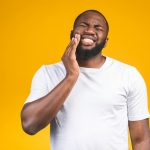